This phone is rugged. That’s immediately how I felt when I first held Google’s Pixel XL in my hand. Admittedly, its design is obviously inspired by the iPhone, and anyone who claims otherwise clearly has no eyes in front of the holes. However, we find ourselves in front of a definitely high-end phone whose user experience has absolutely nothing to envy to iOS.

With the Pixel, Google wants to fight Apple on its own ground.

Because with the Pixel, Google draws a clear line separating it from the products of the Nexus program. We have sought here to unite the software and hardware aspect under the same banner, like what Apple can afford by keeping control of the design of the product from A to Z. The Pixel is perhaps manufactured by HTC, but it is designed by Google; which was not the case with the Nexus before.

Basically, Google wants to fight Apple on its home turf. Not that it’s necessary – Android remains the operating system with the biggest market share. But Google was ripe for a change, and only the creator of Android can really tackle the iPhone with a similar approach.

It must now be determined whether the company is succeeding.

Seen from the front, the silhouette of the Pixel is reminiscent of that of the iPhone: its rounded corners respect the same radius, and it is just if the two products are not the same size. Compared to the iPhone 7 Plus, the Pixel XL is slightly smaller. It’s when you look at it from the back that the Pixel manages to stand out. While its aluminum shell with a satin finish makes the device rather slippery, the glass plate which occupies a little more than a third of the space greatly improves its grip, and invites the user to put his index finger on it. That’s good, that’s exactly where we find his fingerprint reader. Therefore, unlocking the Pixel is amazingly easy.

In profile, the Pixel XL can annoy with its thickness of 8.5 mm, thicker than the Galaxy S7 (7.9 mm) and the iPhone 7 Plus (7.3 mm). On the other hand, it incorporates a higher capacity battery, and its main camera does not exceed the limits of the case. Its bevels also give it a slightly more distinctive look. It’s a shame that Google has chosen to adopt plastic edges identical to those of the iPhone as antennas. A straight line at the bottom, and another hidden by its glass plate at the top, we could have done otherwise.

Finally, if the Pixel is offered in black or silver in Canada, the American market is entitled to a third color, a bright blue. Either way, the case it’s stored in will soon make the silver and blue Pixel look the same, given that the front of both models is white.

The Pixel XL we tested sports a 5.5-inch 1440p AMOLED display that boasts high density (534 ppi) and excellent contrast. The color reproduction seems faithful, everything is well calibrated (neither too hot nor too cold) although the saturation seems rather high, especially if you have fun increasing its brightness. It’s always less annoying than the opposite, and anyway, the truth is in the eye of the beholder. On Connect , the orange of our logo is so orange that it attacks – contrary to what we can observe on the Galaxy S7 for example.

Unfortunately, this phone is only equipped with a single speaker, located at the bottom of the device. It’s powerful, but definitely lacks bass when it comes to listening to music. Fortunately, the Pixel has the advantage of keeping the analog headphone audio jack, and the sound quality transmitted is simply impeccable.

In the bench of the missing, we unfortunately find the microSD reader, yet so revered by followers of Android. Its absence is not surprising: Google wants its users to host their data in the cloud. That said, the diehards who refuse this proposal always have the option of choosing the model with 128 GB.

Impossible to talk about the Pixel without saluting its 12.3 megapixel camera integrating the Sony Exmor IMX378 sensor. In this regard, it is an update of the IMX377 found in the Nexus 5X, however, it is not known precisely what has been revised. On paper, the two cameras look identical. DxOMark gives the Pixel a score of 89, the highest ever seen on a mobile device, while the Nexus 6P (which has the same sensor as the 5X) comes in at 84, possibly due to its less advanced Camera app. era.

Therefore, it is at the software level that Google seems to benefit from its camera. The search giant boasts that its camera can capture an HDR+ image instantly, which is both true and false. In reality, the image is processed in the background (a processing observable when you switch immediately to see the result of the snapshot). However, this treatment does not slow down the application in any way: you can continue to photograph as you wish.

Interestingly, the Pixel ‘s Camera app (version 4.2) was compiled by the XDA community for the Nexus 5X . Unfortunately, we don’t have the device at hand to make a direct comparison. It’s possible that HDR+ is handled by an imaging processor that’s missing from the Nexus 5X though. 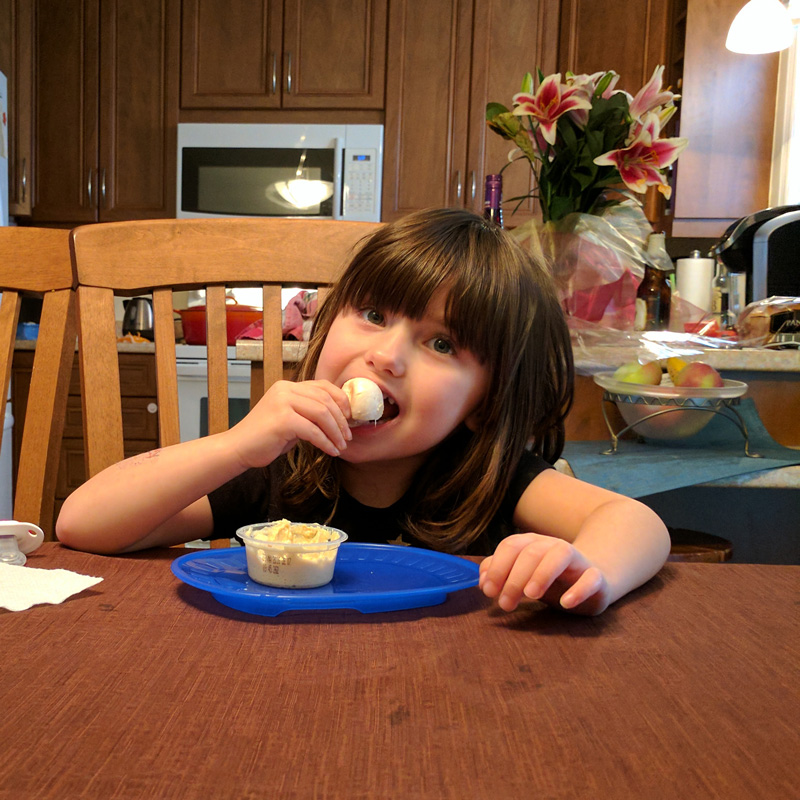 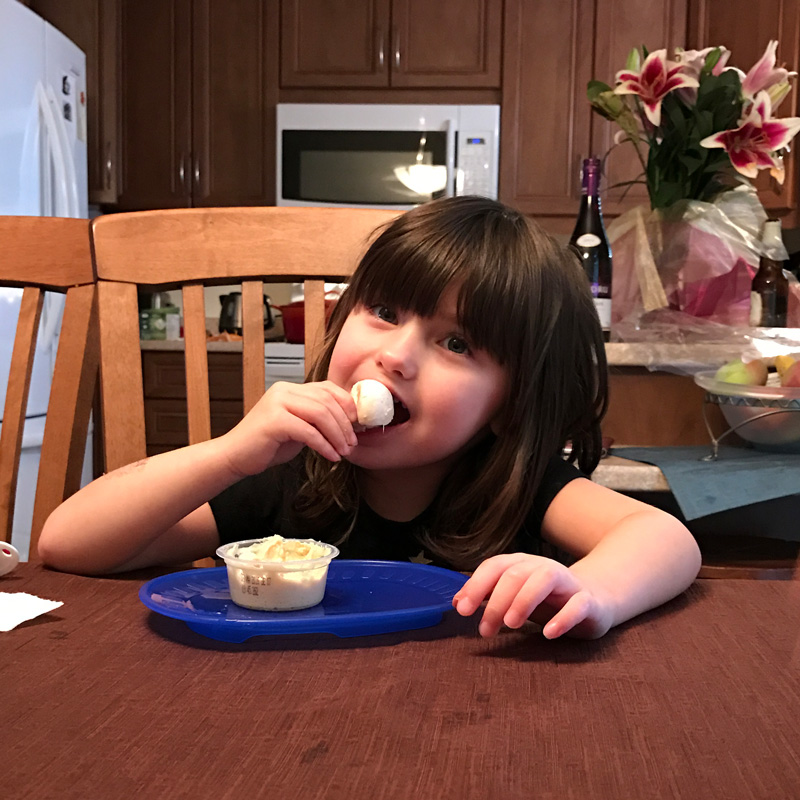 When we compare the Pixel camera with that of the iPhone 7 Plus, we note that the rendering of the first is superior to the second in terms of detail, especially in shaded areas (see the hair in the example below). -above). The JPEG files of this Android are also less compressed than on the iOS side. However, when it comes to fidelity, the colors captured by the iPhone 7 Plus are more realistic. On the Pixel side, everything is slightly too yellowish, even greenish, under artificial lighting. This is all the more true when the capture is done in a poorly lit environment.

In video capture, the Pixel benefits from stabilization that takes advantage of its gyroscope. The result is impressive, especially when moving (while still being careful). But it would be wrong to believe that the result is equivalent to optical stabilization. While cameras with optical stabilization often have difficulty when moving, when it comes time to film it while standing still, the capture remains superior to what the Pixel offers. Also note that the Pixel is capricious in terms of focus in video mode: it is best to touch the portion of the image where you want the focus to be established.

With its 8-megapixel front camera, Google is aimed directly at selfie enthusiasts , and it was about time. This camera is superior to that of the iPhone 7 (7 megapixels) and the Galaxy S7 (5 megapixels), although this is not the phone with the best front camera. But you can finally stop favoring the main camera when it comes time to take a picture of yourself, a practice that tends to produce a shot with a deficient framing.

Note that Google offers Pixel and Pixel XL owners unlimited cloud storage of all their full-resolution photos and videos. This synchronization is active by default and will only materialize when the phone is connected to a Wi-Fi network. In this regard, it is difficult to do better.

The Snapdragon 821 that powers it seems to be perfectly suited to everyday tasks. We weren’t able to observe any overheating when stressing the device with conventional apps. That said, other users would have witnessed exaggerated overheating in some cases , but here it is difficult to know exactly which applications were used.

Compared to the Snapdragon 820, the 821 can be clocked at 2.4 GHz. Nevertheless, Google has chosen to limit it to 2.2 GHz, possibly for the benefit of autonomy. Moreover, in this respect, the autonomy of the Pixel XL is very surprising. It easily survives a whole day under frequent stress. Already the 821 is presented by Qualcomm as a more energy efficient processor than the 820, if you decide to leave the energy saving mode active at all times, it is only after two good days (or even more depending on your use) that you will be looking for a power cable.

Besides, the Pixel comes with a USB-C to USB-C cable, a USB-C to USB-A cable, a female USB-A to USB-C adapter to import data from your old phone, and its charger wall. The supplied cables are a good thickness, and will certainly stand the test of time.

Finally, Android Nougat offers a zero-lag experience, with the phone able to flip through a host of apps without the slightest harm.

The Pixel XL is definitely a premium phone. However, it is not perfect. It’s hard not to criticize its level of protection, which is limited to IP53 – it’s splash-proof, but that’s it. The screen of the model we tested is also slightly disoriented to the right, which raises doubts about its manufacturing quality.

On the other hand, its processor will satisfy the most demanding users, and if its main camera impresses with its sensitivity, its front camera is clearly more remarkable and satisfactory for today’s needs. Being able to store all of your photos and videos without limits is a significant asset. Over time, Google will end up standing out more with its next-generation intelligent personal assistant, once it learns to understand and speak French.

Of course, if you’re more privacy-conscious and have no intention of taking advantage of Google’s connected services, the appeal of the Pixel XL quickly fades. Other phones on the market will then be able to better meet your needs at lower costs, in particular by offering a microSD reader. The question of the price of this phone (displayed starting at $899) is also what can stumble at first sight. While it’s true that the benefits of its front camera can be leveraged with the Nexus 5X too, the Pixel can still hold its own with a more efficient processor.

If you are curious to see how the Pixel stands out with the iPhone 7 and the Galaxy S7 from the point of view of its technical characteristics, we invite you to read our comparison published last week .